May 11, 2019
Following dinner on our first night, we ventured out the front door of the resort to see if we might find a horse and buggy to take us for a quick ride around the area.

We were pleased to see Juan, our horse and buggy driver from last year who remembered us right away.

For just 4 pesos each (~ $5.35 Cdn), Juan took as on a little tour around the town of Marea down to the seashore where the fishermen had docked their boats for the evening.


It was just getting dark as we arrived back at the resort.

We arranged for several more horse and buggy rides with Juan during our stay, including a trip to the waterfalls and a visit to an agricultural “cactus” farm.

We were greeted at the gate of the cactus farm by a Cuban farmer brandishing a large machete. It was not an intimidating sight as machetes are a tool of the trade that are carried by most farmers.

Juan and the farmer quickly became involved in what appeared to be a serious, although not heated conversation. Shirley and I decided to pass through the gates to take pictures while they conversed but when we tried to move closer to a cactus Juan came after us and informed us we could take pictures but we could not go into the fields.


After getting some pictures Shirley and I returned to the buggy. Juan continued his conversation with the farmer for a while before joining us, turning the buggy around and heading back down the lane.

Juan turned to apologize to us in broken English. “Sorry, not for people.” We didn’t learn why, but the farmer seemed to have some issue with us wandering into his fields that Juan apparently had not been previously aware of.

The trip to the waterfalls was very nice. As we added this option at the last minute, we did not bring our bathing suits to go for a swim.

One of the other guests informed us these waterfalls are caused by the excess runoff from a nearby dam that was built between two mountains. A pipeline transfers water from the reservoir to the Marea del Portillo among other locations. Many of the repeat guests remember a time when our resort did not have a very reliable source of water.


Juan did not speak good English but that didn't prevent him from being diligent in pointing out things that he thought we might be interested in seeing. If it wasn't for Juan we probably would have never noticed this family of goats wandering over the rocks high above the waterfalls.

We stopped at the home of a local Cuban to buy some cerveza for the trip back to the resort. A small dog rested on the porch while a pheasant, tethered at the leg, wandered around nearby.


Included with our trip was a day excursion to Cayo Blanco and a Sunset Cruise.

We had been on both last year and were not about to miss out again this year. The beach at Cayo Blanco has white sand vs the darker sand at the resort, although a blind person probably wouldn’t notice the difference. We enjoyed the company of some new friends including Sherry, Craig, Glenn, Harry and Maria and another Maria.

Sherry had forgotten to bring tip money so I offered to front her money for tips in exchange for her getting us our drinks. It seemed like a good deal.


Ham and cheese was offered for snacks before lunch was served. Harry, who I had earlier taken some pictures of while he was meditating on the beach, told us that he always helps cook the lunch when he is there.


Following the lunch, which consisted of Lobster tail, chicken, fish, pork, potatoes, hamburgers, hot dogs and veggies, we tried snorkelling but it wasn’t that great. On the other hand we didn’t venture out as far as the sunken ship to explore.

The ocean was too rough for our boat to venture too far out of the lagoon during our Sunset Cruise a couple of nights later, but it didn’t affect the beautiful view of the sun slowly setting below the mountains. As an added bonus, as the boat turned to return down the lagoon back to the dock we were also treated with a beautiful full moon rise.

Although the meals are included at the resort, a trip to Marea del Portillo would not be complete without a visit to Dany’s or Ferlin’s Restaurants.

They are both set up at the homes of local Cubans in very pleasant atmospheres and serve very good food.

Dany’s was out of Lobster the night we visited so I chose the breaded shrimp instead. It was so good, I ordered a second helping.

Army, Diana, Bill, Anita and Mary were planning to go to Ferlin's the night we had arranged to go so we decided to all go together.

They all got a head start while we waited for Juan to take some other guests up the hill to the Farallon. But Juan knew a shortcut and we quickly not only caught up to them, but soon overtook them to arrive Ferlin's first.

I finally got my lobster at Ferlin’s. Shirley enjoyed a nice thick juicy pork chop. Her rice and vegetable side dish was only 1/2 peso more.

I had the opportunity to experience lobster three times over the course of our stay in Cuba and I discovered something really interesting about it - I don’t really care for lobster all that much. That’s not a commentary on the lobster served here as the other guests who are more familiar with lobster all raved about how good it was.

But I'm glad I learned that lesson at Cuba prices. 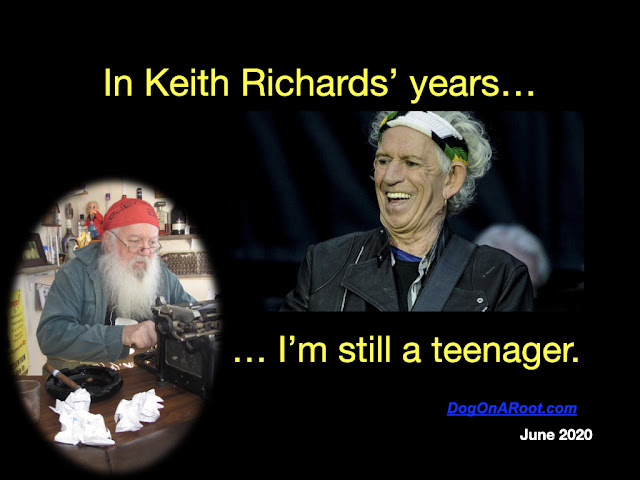