It doesn’t take a computer whiz to google and find accurate information about Cuba and their culture and lifestyle. There’s an old saying, “When in Rome do as the Romans”. Show a little respect before you go into another country by learning a little bit about it first.

This is the type of arrogance that has caused so many Americans to be vilified around the world.

After being detained for several hours, the emotions of the filmmakers got the better of them. "Emotionally it went from like, 'What is this place?' when we were in line to like getting angry to like getting pretty furious and just like, ‘screw this place’.”

They don’t mention what the outcome of this anger might have been but one can only imagine it did nothing to contribute to their reception to Cuba possibly marking them as “potential troublemakers.”

Alleging to having thought the worst was behind them once they were through customs, the filmmakers quickly come to the conclusion that “Cuba sucks”, beginning with the shortages in Cuba. Again some minimal research would have better prepared them for this.

Yes, there are shortages of many essential items in Cuba. They are an island and most things have to be imported.

Except they can’t import many things because of the U.S. Embargo on Cuba.

It’s not socialism that’s causing the shortages in Cuba - just the unfounded “fear” of socialism by the United States which has imposed an embargo dating back to 1960.

While the filmmakers were crying wolf about the shortages of food however, their own film footage displayed an abundance of food on the shelves in the grocery store - just not the variety or the brand names the filmmakers would have preferred.

Many brand name items are not available in Cuba. Why? Once again, not because of socialism but because of American embargoes and sanctions.

But do you know what there IS no shortage of in Cuba? Health care.

Americans are so afraid of even the suggestion of any kind of socialist program, they would deny themselves affordable healthcare, seeing many of their own countrymen lose their homes and succumb to their illnesses instead.

“There was literally no fresh fruit, no fresh meat, no fresh vegetables.” This claim is just laughable. Okay - maybe fresh meat is an issue in Havana. Do I need to remind you of the embargo?

Maybe even the shortage of fresh fruit and vegetables is an issue in Havana. Once you leave the city, however, you don’t have to travel too far to discover homes where the residents just walk into their backyards for their fruits and vegetables. The entire country is a lush garden of greenery except perhaps temporarily when a hurricane passes by - again - NOT socialism.

With a bit of good old American ingenuity however, these filmmakers quickly figured out how to solve their problem with the gas shortage, which is a result of Trump’s sanctions on Venezuela.

It wasn’t so much that gas wasn’t available, as it was that the line up for it was long and the filmmakers didn’t want to have to wait their turn.

So in a move that I’m certain would make any American mother proud of their sons, "What we ended up doing was cheating the system."

Now there’s something that’s going to endear you to the locals and earn their respect. “What we ended up doing was cheating the system.” AND THEN THEY BRAGGED ABOUT IT IN THEIR FILM!

There is no real indication on how long the filmmakers were in Cuba other than they left a day early. They left because the filmmakers had been raided by the police even though it was never revealed why or for what in the film.

However in the interest of being a little more open-minded than they were, let’s assume the filmmakers did absolutely nothing that would warrant "an armed contingent of probably a dozen people, one person in a doctor’s outfit and a bunch of government officials, many of them brandishing weapons,” to come knocking on their door in the night.

Although it IS a little suspect that they weren’t overly surprised that the police might come to their door in the middle of the night and have reason to take them to jail.

There really isn’t much substance to this film. The reporting is as unbalanced as the filmmakers themselves appear to be.

They set out to prove their preconceived notion that socialism has destroyed Cuba with only a superficial and incomplete investigation to arrive at flawed conclusions.

The one thing the filmmakers got right was the description of the Cuban people. "The people of Cuba are some of the nicest people I've ever met. Really great people, friendly people, welcoming, warm people.”

The filmmakers claim “There are Americans here (in the U.S.) that would have that governance brought here (to Cuba)” according to American Standards.

If their concern for the Cuban people is sincere and not just a guise to promote their own anti-socialist views, why don’t they challenge their own government to eliminate the embargoes and sanctions thereby giving the Cuban people an equal economic opportunity while allowing them to run their own country as they see fit.

If you want to know more about the real state of Cuba, check out. "Would You Rather Live In Cuba Or The United States". 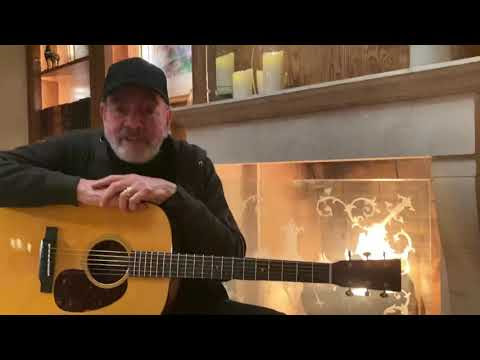